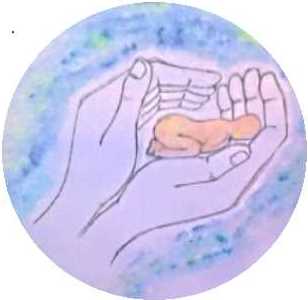 “Everything will fall into place. Be patient and Trust the process.”

One of the first times I realized the power of the Inner Enso – the Self, was when I was working with one of my first clients. She was 24 years old at the time. She had constant dreams of one of her best friends walking away from her. The friend was someone who kept a really close relationship with her, but always from a distance. They met and got to know each other at work, but since they started working in different places, they rarely saw each other. They could text each other for hours, talking about the most private things, but they didn’t meet face to face. My client said that she always wanted to meet with this friend, and “normalize their friendship”, as she called it, but her friend never did and always found reasons why she would love to, but can’t.

Over time my client decided to accept what this relationship gives her and release the expectations and desires of a change. This friend had been there for her always, through texts and she wanted to keep this friendship, that was always a text away, rather than letting go of this person who was meaningful in her life.

But the dreams never stopped. In life, she felt that even though her friend doesn’t want, or can’t meet, the relationship is mutually caring and loving, but the dreams felt painful. Time and time again she dreamt she’s trying to find this friend, to reach out to her, to make plans with her or actually seeing her and trying to give her a hug, as you would – with someone you love dearly. But in the dream – the friend couldn’t be found, couldn’t stay or kept disappearing. There were times in her life when this dream was rare, and other times when it was repeating in a way that felt like a loop – like something is stuck.

We did some active imagination to help her focus on these dreams. I asked her to think about her friend and imagine herself walking through a long path: “Notice what you’re seeing as you walk, remember what you’re feeling as you walk. Keep walking until you reach a crossroads and then stop. Look behind you, it’s your past and you’re ready to leave anything that isn’t serving you anymore, behind. Look straight forward, that’s where you’re heading. You know how it looks like, how it feels, that’s where you want to be. You’re ready to release what is asking to be released. You look right and left, you have options. You take a deep breath and take the first step.”

I knew she was ready. Those were not just words. I could feel deep inside of me something very strong being lift up and released, and I knew that I’m feeling this, because subconsciously, she feels it too.

While she was walking in her mind, she saw herself walking past her friend. She just kept walking, she didn’t want to stop or reach, or search.. nothing like her dreams. She felt her friend as a secure presence, wishing her well on her journey, and she knew these dreams are not about this friend, so she kept walking. When I talked about something that is asking to be released, she felt pain, she knew what I was talking about. She saw huge loving hands opening up, and inside there was her, as a tiny baby. She felt at home again. While working on her Mandala, she created the essence of her active imagination experience. She created the loving hands that are holding and protecting her as a baby. At first, the Mandala was all pencil drawing, she felt so much pain while creating this and she felt that even though these hands are loving and wishing to protect her, they are cold. She added clouds in blue and green around her, making her feel more protected. She colored herself as the baby, as though bringing her baby-self to life, and she felt the pain is starting to release its power. She kept the hands in pencil and white, without adding color, she said that’s how it feels. The hands kept her alive and well, but they were cold.

Once she was done with the Mandala she was tired but felt like a ton of weight was taken off her shoulders, like the tiredness was the awareness of how hard it was to carry it all this time. For the first time since we started working together, she told me she was born prematurely and had to spend the first few months of her life in an incubator. While today doctors are aware of the importance of skin to skin, especially with preemies, at the time when she was born, premature babies were kept in an incubator and their mother and father could touch them only through specific holes with gloves. She felt that her deep longing to be touched and to feel a connection so early on in life, was asking to be addressed and released through these dreams. It’s not her friend that she’s longing to hold. It’s her mother. She never thought of that as an option because of the loving relationship she had always had with her mom, and while she knew nothing could be done differently by her mother at the time, the longing for this connecting touch was rooted deep in her.

The night after this Mandala she had the same dream of searching for a friend that keeps on disappearing, only this time it was a friend from a younger age; when she was 10 years old. She felt her subconscious is showing her that indeed, it’s not about the friend, it’s about the idea of longing for a connection, a touch. The next night she dreamt about herself as a baby with her mother. She was no longer searching and aching someone who was disappearing. In this dream, her mother was holding her tight, in full color, she could feel her mom’s heart bit, the connection, the warmth, and the love. She saw her friend from when she was 10, and the friend she’s always texting with looking at her, smiling with love.

The dreams didn’t disappear completely. She found herself in the same dream, looking for her friend that keeps disappearing or too busy to see her, every time she was feeling rejected in life. The dreams were not as painful as before because she knew it was just a symbol she needs to reconnect with herself, and regain balance. So this dream, every time it arrived was like a doorbell ring, telling her to create another Mandala, to enter the elevator that takes her back into her center, her Self, and feel the endless love and connection she deserves. The Mandala helped her release the mental energy that was asking to be released, helped her feel and see what she’s dealing with now and helped her feel centered enough so she knew she can handle it.

Almost every time, the dream that came after she created a Mandala was a dream of her being surrounded with love again. So she was able to use this recurrent dream, that has been haunting her since she can remember, as a signal that brings her back to balance. Calling her to better care of herself.

This process also helped her look at relationships in her life differently. She no longer was pulled into relationships that felt like “hot and cold” as she called it. Like one arm is loving and the other one is colorless and cold, like in her drawing. Whenever a relationship felt like that, she realized it wasn’t for her and she deserves two warm hands. She didn’t feel the intense pain she used to feel every time a relationship was disappointing, instead, she just felt a sense of “this is not what I need right now” and moved on, full-heartedly.

The Self As a Balancing Force

You see, our Self and our Ego treat relationships differently. Our Ego is always searching to experience the wrong that was done to us again, in hopes it can correct it. So for this client, this marvelous woman, looking for these cold hands, again and again, wishing she could turn it to warm hands – was an ongoing loop and a cause of a lot of pain and drama in her life.

The Self handles things differently. For the Self, there is no wrong-doing to fix. Everything that happened, led you to where you are now, and that is where you are supposed to be, so there’s no need to re-live anything and fix it, it was never broken. The Self knows her mother did her best, it knows she was always truly loved, it knows that the longing to be touched and feel connected led her to be the loving, sensitive, beautiful, caring person that she is today. The intensity of her pain enabled her to always connect to whomever she met on the deepest level. And when she became a mother herself, she spent as much time possible, skin to skin with her babies, feeling the deepest most loving connection and warmth.

She went on with her life feeling a sense of balance. Knowing everything happened the way it should have, and she is who she is because she grew through her pain. She uses the elevator to the Self whenever she feels she needs to reconnect with herself, her inner strength, her inner warmth, and endless love. She’s still in touch with the texting friend and loves her dearly for everything that she is, but she spends more of her time connecting with people who love meeting her and sharing that loving hug with her.

Reut Shalev
After many years of working as an art therapist and parents guide with a wide variety of populations, conditions and systems, I currently work online as a coach using the powerful tool called Mandala. 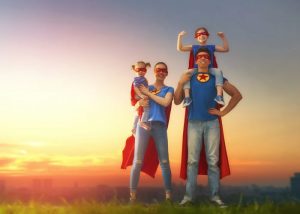 3 Things Parents Should Know During This Crisis

I came across this great article (in Hebrew) that discusses the ways therapists can handle a crisis like... 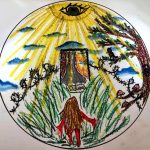 The Mandala: an elevator to connect and unleash your true essence 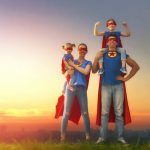 3 Things Parents Should Know During This Crisis

The Mandala: an elevator to connect and unleash your true essence 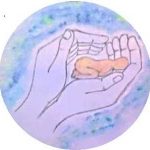 Internal Longing in a Repeating Dream: A Call to Re-Center